I would like to get some feedback on one idea I got after reading Graeme's Building an Equity Millipede thread.

Some key things I remember from Graeme:
-the best time to catch the whole range of a candle is to enter at the open
-send scouts to catch the beginning of a new trend
-add multiple positions along the way
-risk very little for infinite profit
-participate in the market and follow the price
-buy when it's up, sell when it's down

Taking all these into account I developed the following system:
- every Monday, on the weekly chart, I place a buy and a sell order at the first .00 above and below the weekly open with a 100 pips stoploss
- 2 lots on each order, close 1 lot at +100 pips profit so I have a free trade from then on
- as you can see from the chart below more than half the weeks of 2011 were profitable according to the rules above (marked with an arrow) and would have kept you in the uptrend for the first half, in the downtrend for the second half and made a little profit in the range part of the year
- the KEY to this is leaving the successful trades open for growth and stacking several profitable weeks along the long-term trend and trading multiple pairs to smooth the equity curve
- you will catch the beginning of new trends this way and you will catch 500 pips weeks (see December 2010, January and September 2011)
- price action is also important to the overall view (Pin bars, Inside bars, Engulfing bars)
- exits are discretionary. Graeme calls it diversifying. This is done at a minimum of 500 pips profit by closing the smallest trades to replenish capital. In the example chart you can clearly see in May that a range is forming, so closing all longs except the first entry should be done without any hesitation.

Indicators are not allowed in this thread. Please share your thoughts about this system/method after looking at some pairs on the weekly charts.

Disclaimer: Do not trade this system on a live account with real money! I assume no responsibility for any losses or profits incurred by trading this system.

Less More
7 years 10 months ago #5584 by Jules-v-H
Replied by Jules-v-H on topic Wekelijkse duizendpoot strategie
Well I started trading by these rules this week, but backtested the method for several years and it seems to get the job done. Catching big trends early, that is. I will post the results every Friday.

So far, today has gone great. 2 trades have reached +100 pips, so they are free now and I hope several others will reach +100 pips tomorrow, if price continues to run.

Keep in mid this will only be slightly profitable if you close positions early. Let it run with the long term trend and stack positions along the way every week.

Range happens, so closing half at +100 settles some losses and gives breathing space.

So the final result for this week was somewhere around +700 pips.

Here are the stop orders, so you can check them on your charts. I placed between ( ) the summed profit/loss in pips.

I would say that as long as the market is trending for at least 1000+ pips the system should be profitable, but it is hard to backtest exactly because the profit taking is discretionary. The only thing we know for sure is the number of stop losses. You can have weeks where all the pairs hit -200 pips and weeks where pairs hit +hundreds of pips. So I think money management is truly important.

I would appreciate your feedback and maybe someone could backtest the system on other pairs. 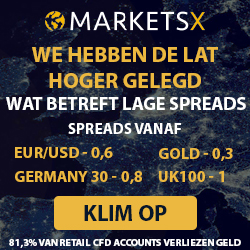